How Queen and Slim captured Black Music’s past, present and future

Previous Next
How Queen and Slim captured Black Music’s past, present and future

This article includes the Queen & Slim movie’s mild spoilers.Melina Matsoukas has directed some of the last decade’s most popular music videos. She placed Beyoncé in “Formation” on top of a flooded car and created heaven and dystopia in “We Found Love” by Rihanna. In “Just Dance,” she revealed the zany theatricality of Lady Gaga to the world. Matsoukas shifted the modern ambition and aesthetics of music video through her many conceptually ambitious and uniquely stylized works, bringing it closer to those of a feature film.

It’s no wonder, therefore, that her debut directorial film, Queen & Slim, is deeply indebted to music. The movie is considered a modern-day Bonnie & Clyde: it follows the two eponymous characters (played by Jodie Turner-Smith and Daniel Kaluuya) fleeing south after Slim kills a self-defensive police officer. The pair spend a great deal of their time on their roads, but, according to Matsoukas, “Music becomes another character. It’s a romantic spark and chaotic agent, and a soothing balm from the car radios, New Orleans homes, and Mississippi juke joints. 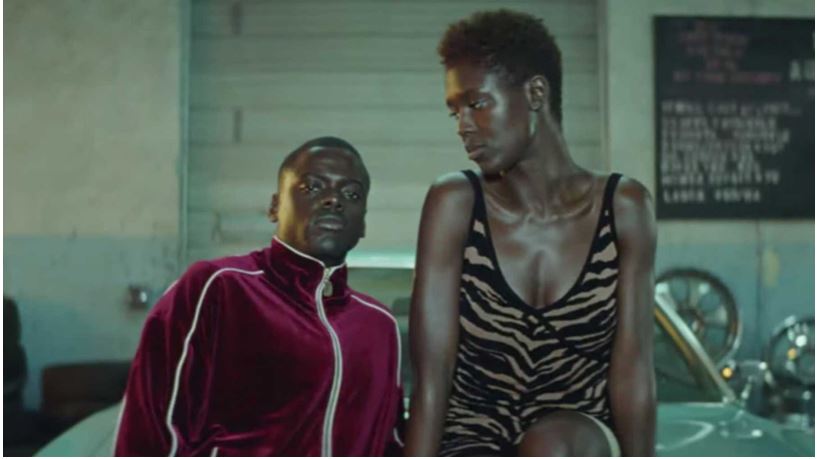 Nevertheless, the musical aspirations of Matsoukas for the film went beyond merely providing an audio background. She wanted to bind Queen and Slim to a history of black resistance music, to celebrate her childhood soundtracks and to provide a voice for black musicians. The result is an awesome audio collage: the film is full of old and young talents and pursue the haunting Devonté Hynes scores, ranging from Lauryn Hill to Roy Ayers to Lil Baby.

Bringing all these pieces together was a messy and multi-layered process, full of frenzied creative sparks, missed deadlines, endless revisions, and contributions from some of the music world’s biggest names. That is how Matsoukas and her team created an ode to black music’s past, present, and future.

‘I wanted to show our roots’

Missing music was from the beginning a key component of Queen & Slim. Once Matsoukas read the script of Lena Waithe — based on James Frey’s original idea — it already included a scene where Queen and Slim fight about Luther Vandross, as well as one where Slim listens to gospel music to calm down. Music was going to inform their characters ‘ differences — and eventually provide them with a bridge to fall in love.

Many of the musical signals, though, was ambiguous, so Matsoukas tried to instill a particular passion for giving her and Waithe a romantic soundtrack — from movies such as Love Jones, Love & Basketball, and The Nutty Professor filled with top musicians of their day. “We wanted the soundtrack to brought back,” said Matsoukas. “I wanted to introduce many older black artists to the new generation, honor the legacy of black music and its diversity, and show our roots and blues and soul music to date.”

It was also critical that the songs represent Queen and Slim’s geographic journey as they travel south. She inserted Mike Jones ‘ Texas anthem “Still Tippin” in a moment when the pair settles in their southern surroundings and recovers some of their swaggers. The legendary bluesman Little Freddie King is there to entertain as they stop for their second date at a Mississippi juke joint, reflecting a much older black tradition.

For some decisions, Matsoukas followed her impulses, but she also turned with advice to high-profile friends— including Solange, her close friend, and collaborator. (Matsoukas directed Solange’s “Losing You” and “I Decided” music videos) “I have great confidence in her musical taste,” Matsoukas said. Several of Solange’s suggestions ended in the movie: Herbie Hancock’s “Come Running To Me” set the tone for black-owned diner where Queen and Slim meet first, while Roy Ayers ‘ “Hunt” lulls Queen to sleep in the car.

‘We’re trying to continue the legacy.’

He was also bent on representing a new, politically active black vanguard as Matsoukas looked into the past. “We’re talking about this film as a statement on the black experience we’re living in today,” says Matsoukas. “We are trying to continue the legacy of those who used their art in the past as activism: people like Nina Simone, Fela Kuti, James Brown, Public Enemy.”

Matsoukas cut a deal with Motown Records ‘ founder, Ethiopia Habtemariam, to find the new generation of artists. The relationship was natural: the pair have been friends for years, and since the 1960s, Motown has a tradition of championing black protest music. The current relationship between Motown and the influential Atlanta label Quality Control Music would also allow Matsoukas to meet some of today’s biggest hip-hop stars.

The donations poured in despite the challenges: “When people learned about the film, there was no artist who didn’t want to be a part of it,” says Habtemariam. Megan Thee Stallion has collaborated on the authoritative “Ride Or Die” with New Orleans bounce artist VickeeLo. The rappers Vince Staples and Earthgang and singers Syd and Moses Sumney, all of whom in their music have dealt with oppression, all sent in albums. Only Lil Baby was motivated to offer the introspection song on injuries, the renowned Atlantis rapper who has fought. Mostly with machismo to this day: “I shall let you decide or come up with several repeated lies / I shall be only tired of having to die.” He sings with disappointment about the song “Catch the Sun.”

Perhaps one of the last songs to come was most pivotal. Matsoukas had been in touch with Lauryn Hill, who expressed in writing for the movie and even posted a demo of a track she had been performing live for years, “Guarding the Gates.” But Hill is notorious for taking her time— she hadn’t released new music since 2014—and the filmmakers didn’t hold their collective breath.

“The movie was edited and finished by Melina — and possibly three days after her deadline, Ms. Hill sent in this beautiful file,” says Habtemariam. “I believe it is a testament to her love for Melina and Lena to allow this soundtrack to be her first new music vessel in more than 5.”

He also searched for the right match for a score composer as Matsoukas filled out the soundtrack of the film. “I needed a black composer who was able to live between the latest classical, hip-hop, and rock,” says Matsoukas. “I’ve been like, ‘ Who is our new Quincy Jones? ‘

“It’s been intense — it’s been a lot to take in,” says Hynes about his experience of watching. “I thought it was a film that was interesting.”